I think perhaps it’s lucky for Thomas, the disciple, that he didn’t live in the era of social media. Imagine if he as a “top Christian man/leader/inner circle bloke” had admitted today that he really struggled to believe in the  resurrection without evidence….

can you imagine the backlash?

the calls for his resignation?

the fury unleashed on him by Christians?

(who must have never struggled with any doubt, or felt conflicted about some interpretation of scripture…)

Do you hear what I am saying?

It’s not that I want leaders who deny the fundamental tenants of my faith but I cringe and mourn being part of a larger movement, or at least a vocal group of that movement, that seems to crucify anyone who has courage enough to admit that they struggle or disagree on some small or large point.

Is it our preferred way of dealing with a ‘family member’ who differs in approach to call them names and publicly try to shame and discredit them? 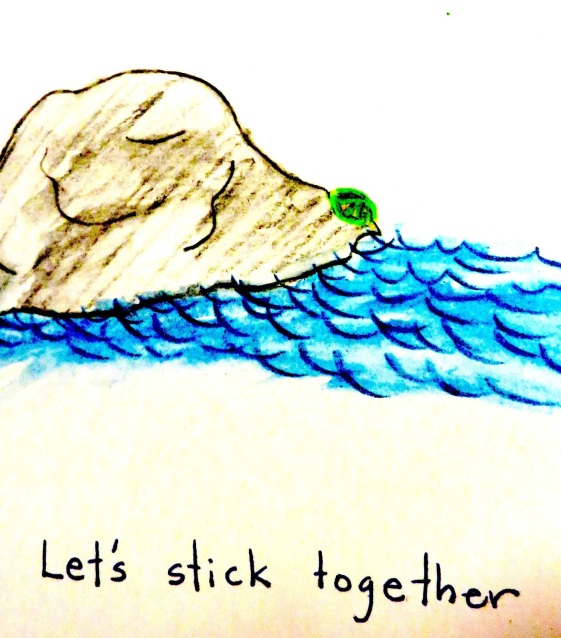 Is that what we are?

Is it arrogance? Is it fear? Is it good intentions perhaps without humility?

Wasn’t Christ already crucified for us? Do we need to crucify each other socially/emotionally/relationally?

Didn’t Jesus say ‘This is how the world will know you are my disciples – by your love for one another‘?

Doesn’t the Bible challenge us to be ‘Quick to listen, Slow to speak and Slow to become angry‘?

I just can’t remember a place in God’s word where we are called to attack one another in public forums…..

Doesn’t it take courage to admit with a tremor in your voice that you are afloat on an issue?

Shouldn’t courage be received with kindness?

Remember those Christians who stood in the face of a tide of opposition and said slavery was not of God? Remember them? They didn’t get popular support on the social media of the day.

Remember that bit where God says he looks at the heart and not the outward appearance? Remember those times when you have vehemently supported something or expressed an opinion only later to realise you were wrong?

…. but I am thinking that maybe when someone has the courage to admit they struggle

…. when someone thoughtfully studies God’s word and comes up with a different interpretation than us (just as Peter and Paul did when they argued about the behaviours required of the Gentiles)

maybe we could be quick to listen

maybe we could take time to understand

and maybe we could love people in our ‘family’ with whom we don’t see eye to eye.

If we are really brave we could even remember we have sometimes been wrong in our understanding and remind ourselves that maybe, even now, we don’t have the full picture and 100% perfect understanding.

In essentials unity
In non-essentials liberty
In all things charity
And beautiful, wonderful, faithful Jesus, slow to anger and rich in love…. he doesn’t issue a public statement side lining Thomas and denouncing him. Jesus invites the trembling Thomas over and says come and get all the evidence you need.
Oh that I would receive such grace in my struggles and fears.
Oh that I would have the humility and wisdom to lavish kindness and listening to those with whom I do not see eye to eye.
I have much to learn and I am doing my best to follow after Jesus who called up the judgemental and lavished grace on the strugglers.
May I be, in all things, like Him.
Advertisement

One thought on “Rewarding Courage with Kindness”

My Advent Book for Families

looking for something in particular?

recently on my mind

Things I write about